Editor’s Note: This post is cross-posted from the EvE-Scout Enclave forums and was originally published in June 2017.

I left [classified] and headed to HQ to get a new shirt to wear for non-capsule downtime.

Literally, I flew the 1,300 LY from [classified] by emerging from the hole in Hilaban, then another 14 LY to my hangar in Zoohen, just to get a new shirt. Is that indulgent and in fact evidence of Anoikis-dwellers’ skewed priorities? Have I spent too long in the dreamworld?

Zoohen regulars will know that New Eden – the New Eden – is only a few jumps away from Zoohen. I realised I haven’t been there this year (I try to go there at least once a year as a ritual) and I wanted to test something.

Since it was the middle of the day in NEST terms, and since I know most capsuleers don’t rise before noon, I expected, and got, a seamless and effortless transit up the long-abandoned and infrastructure-free lowsec pipe to the New Eden system. I even got a traffic control advisory at the Promised Land > New Eden stargate, as if I’d caught the gate crew napping at their posts, because, y’know, what the hell would anybody come here for at this hour?

There’s only one reason to come to this system  in this day and age: 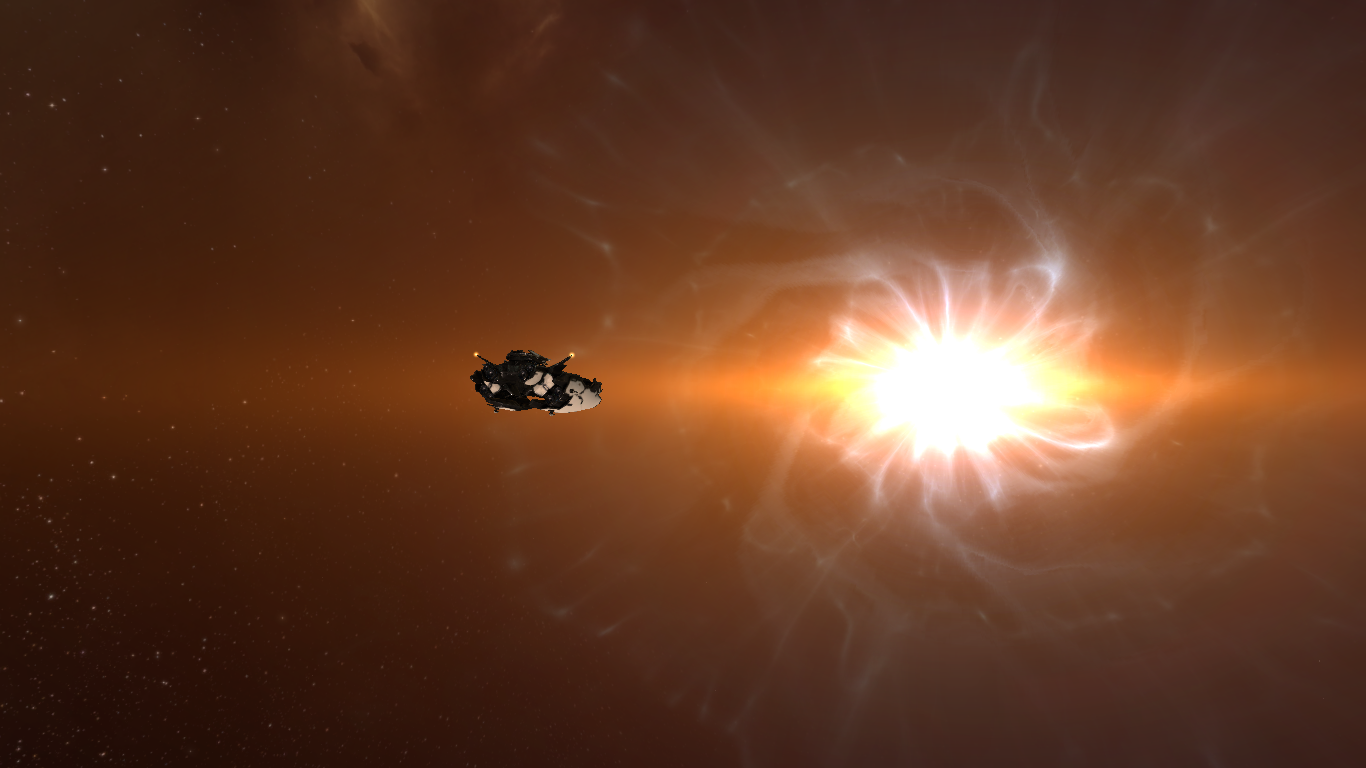 The new cluster-wide, universal cam-drone upgrade we all got last month has changed the appearance of the EVE Gate anomaly. It hasn’t really changed at all, and an unaugmented baseline meathead viewing it through a window would only ever see a blinding white mass of heavenly light. To us, the resolution and fidelity and dynamic range at which we capsuleers are allowed to perceive it, means it appears more alive and more deadly than ever. It looked relatively static under the old system, but now we see field lines and what look like hot gas shock fronts, and its apparent magnitude changes every few minutes like a variable star: 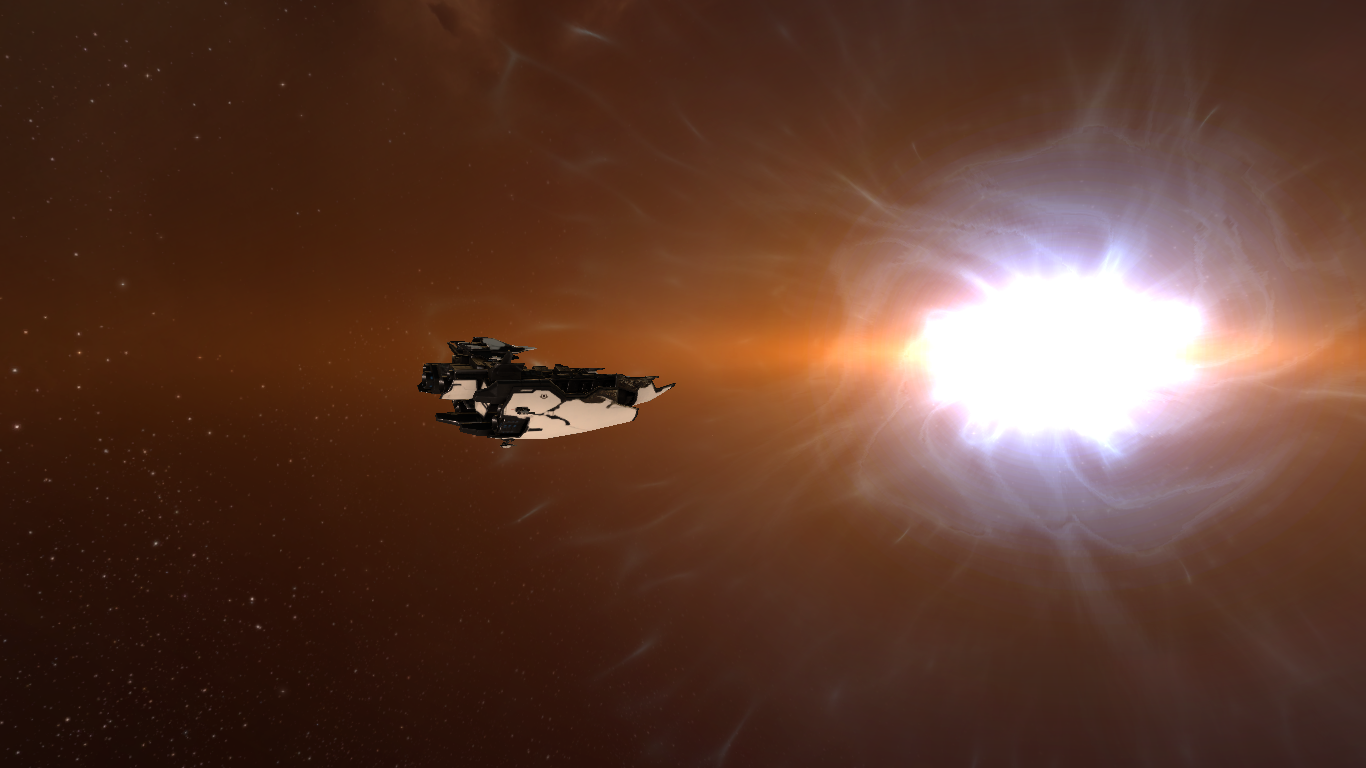 The EVE Gate is 3.3 LY beyond the New Eden system, so those pulses in brightness all happened 3.3 years ago. If this huge flaw in spacetime changed tonight somehow, if it evaporated or fixed itself or whatever, then we wouldn’t know about it until the year YC122.

That is, unless the Sisters of EVE deigned to inform us first. I mean, does the SoE tell us nothing about what they’ve found out about that thing because they haven’t found anything out? Or are they as schtum about it as they are about those flotillas in Anoikis?

The trouble with coming here, to New Eden, is you always leave it with more questions than you arrived with, as well as a headache after contemplating how the EVE Gate relates to human existence.

For the record I haven’t left the New Eden system yet, as I’m ‘typing’ this through the neural interface with my ship that’s docked in SFRIM’s citadel. I might stay jacked-in and program a sleep cycle as I’ve been here before: this lot based here are devout and seem to cross the line between science and religion and back again depending on what mood they’re in. They worship that thing out there like a god even though they know exactly what it is. This citadel is their church. It scares me a bit.

Besides, you can’t get decent coffee this far from highsec. 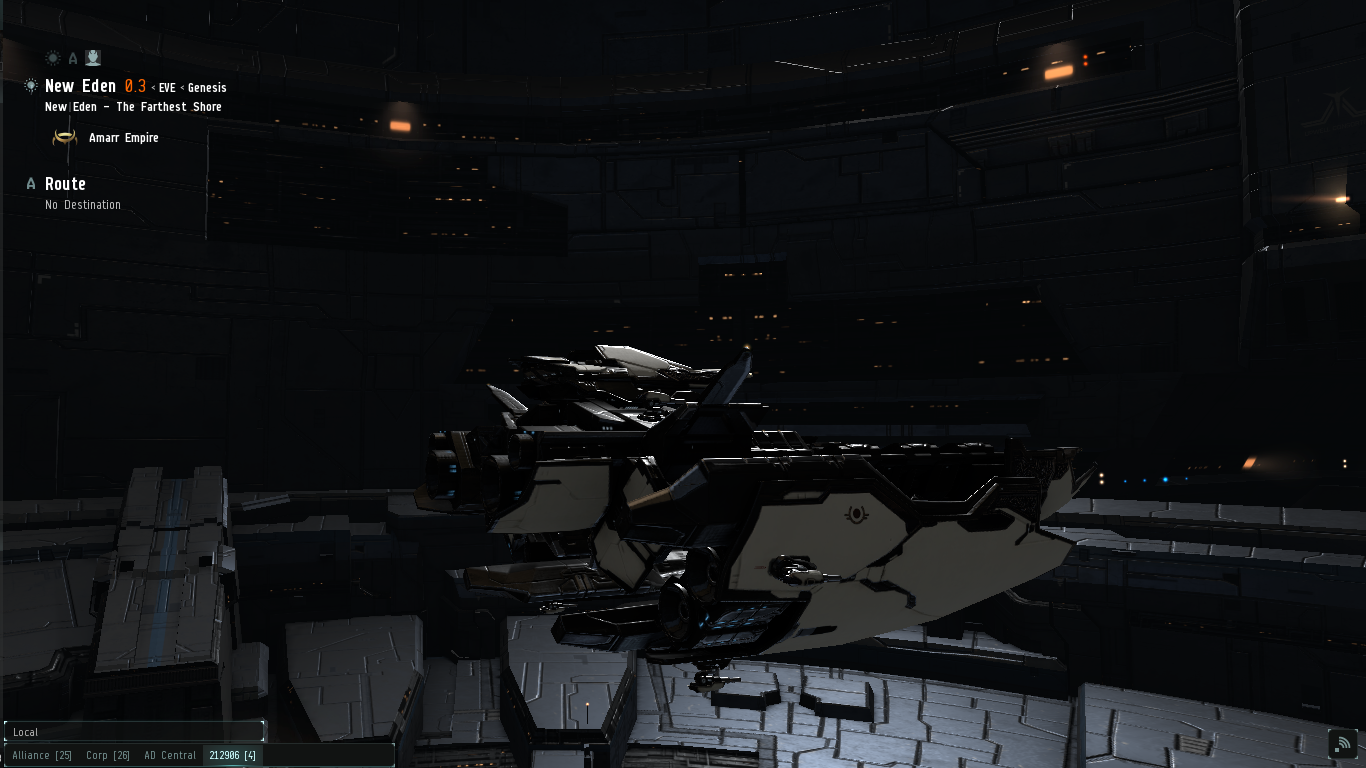 © Cassandra Habalu – check out more from Cass at her blog: It’s Not Personal, It’s Strictly Business